As most of you know, this weekend was my birthday. As my birthday was on Friday and I was working, I decided to extend my birthday into a birth-weekend.

This weekend was three important things besides from being my birthday, firstly it was a long weekend, secondly it was Deloraine Craft Fair weekend, and thirdly the Agatha Christie play "And Then There Were None" was running in Devonport. As I have a fondness for going to the theatre, especially to watch Agatha Christie plays and I've been waiting for the Deloraine Craft Fair ever since last years, these were the two highlights of my weekend. I had a very enjoyable time both at the Craft Fair and at the play - especially as I didn't even guess who the killer was (in the play not at the Craft Fair).

On the Monday to round off my weekend, I somehow managed to convince my parent's to do something else I've been wanting to do for a long time - go to Seahorse World at Beauty Point. Yes I know, I'm spoiled absolutely rotten - I dragged my parents with me to a play, a craft fair, and by Monday they were still up for Seahorse World. It was fairly expensive to get into when you have 3 adults, but it was worth going to see. Here is the photo tour. 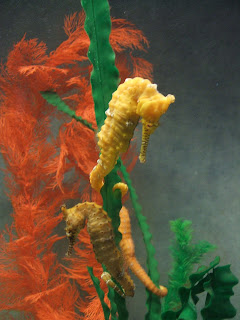 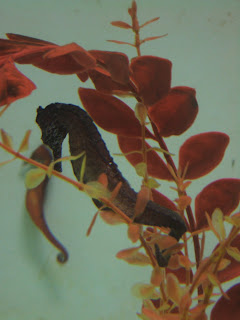 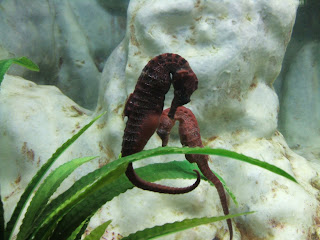 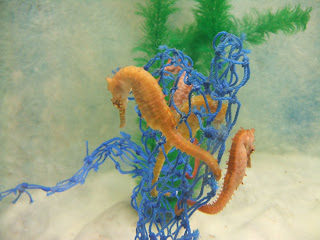 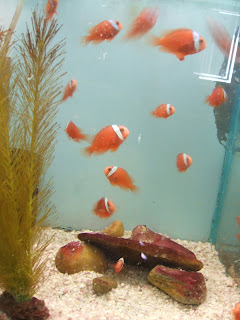 We also went to the Platypus House next door and met several gorgeous platypi and a couple of cute echidnas. 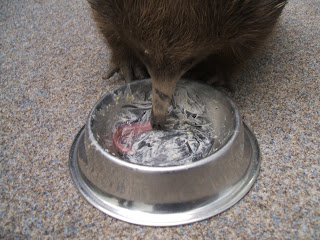 Check out the tongue on that 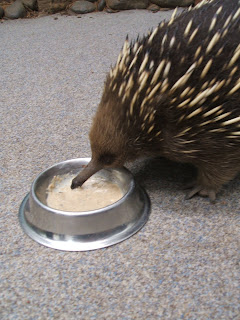 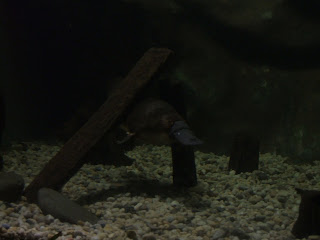 It is very difficult to get a good photo of these guys so I'm pretty proud of this one.

I also got some awesome presents and lovely birthday cakes - probably the best birthday I've had all year.
Posted by Emma 2 comments: