Just a quick note to say that my Final Seminar went fairly well yesterday. I don't yet know my marks from it, but I stuck to the time limit and seem to have made sense so it was better than I was expecting. After spending all weekend at uni (yes, unfortunately even most of Sunday) it is quite a relief to have that deadline taken care of.

Now it is just under 6 weeks until my thesis is due. With practically no words yet written and a large proportion of my analysis still to go, I think its going to be a pretty intense month and a half.

I was a bit of a sad sack when I'd finished my seminar last night from just from so much stress, too little sleep, and not having eaten all day because I was too nervous. But after a good Dvd, chinese takeaway, and being looked after by my wonderfull friends (not to mention a sleep in this morning) I feel much better now and I'm ready to go play with my little first years while we study locomotion in earthworms.

Last night I got a rather interesting text message and this is what it said:
"Congratulations! You have just won 290,000,00 pounds in the ongoing UK NOKIA PROMO. Email us at nokiaworld.uk@live.com & call +447045744545 for claims info."

Straight away I thought it had to be a con so I Google-d it to see what would come up. Turns out hundreds of other people have been getting the same message since at least 2008, but the email address and phone number keeps changing. Frequently the email address is @gmail or @hotmail. Its definately a scam.

From the few gullible people who where stupid enough to give these criminals their details, it turns out that the con comes in when you claim delivery of your prize money. In one version, you have to pay 500 pounds to set up a bank account for the money to go into with the bank that Nokia is affiliated with, and in the other version you have to pay for the courier company to come and deliver the cash to you in person (again around 500 pounds). I haven't found anyone who actually paid the money, because the emails they had been receiving with all these directions looked so dodgy and were written with such bad grammar that you would definitely be suspicious that the person writing them did not live in the UK.

Ok, so here are some photos of the play that Tiani and I were working on for so long. They aren't brilliant photo's, but they are the only ones I have access to at the moment. Shortly, I will get around to putting together a DVD of the play for anyone who wasn't there and is really interested in seeing what it was like (but be warned that it is an hour long).

I should explain that the play, "The Verdict", is a court room drama of a similar style to "The Accused". The cast members are the lawyers, the defendant, the witnesses, the bailiff, and the judge. The audience plays the role of the jury and decides on the final verdict, and thus, the final scene of the play. The case being tried in "The Verdict" is a murder trial. Jael the Kenite stands accused of the murder of Sisera the Cananite in a story taken straight from Old Testament Jewish history (Judges chapter 4). As three seperate nations are involved in the case (the Kenites, the Cananites, and the Israelites), it is tried in a international court that does not necessarily follow the rules of any of the courts you may be familiar with in real life. 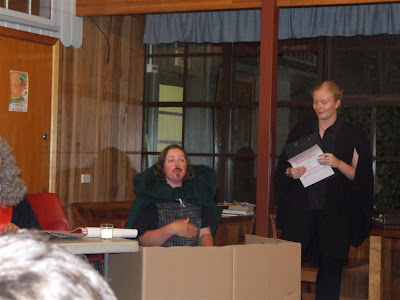 The lawyer for the defense, Charlotte de Haviland (Tiani Pilgrim) and Barak the Israelite (Jen Ashby) 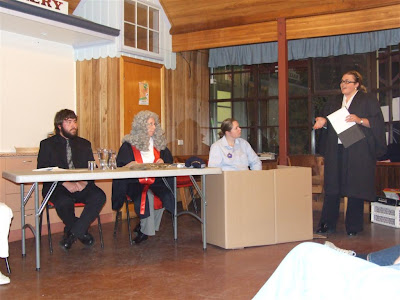 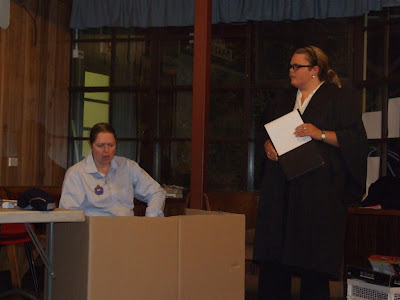 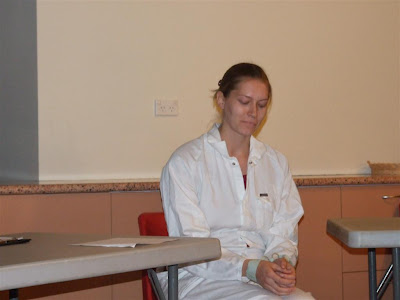 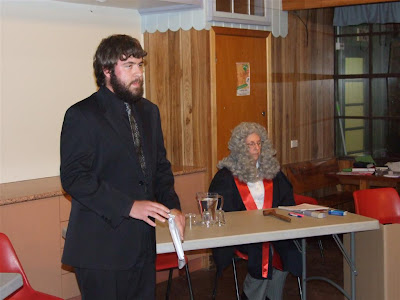 Well, the last week has been insanely busy and I really can't imagine it getting any less busy for a little while. Partly, the business has come from honours work and partly from rehearsing for the play we are performing this Saturday night. At least, rehearsing the play is fun so I don't really mind that I have been this busy. The plot of the play is meant to remain a little bit of a secret so I can't tell you much about it yet.

Honours work, on the other hand, I can tell you anything you would like to know (and probably quite a bit more). I have started data exploration and statistical analysis and now have a few (quite interesting, I think) results that I can share with you.

If you are still awake after reading that, you have done well. And if you didn't stay awake in that then you really dont want to read my thesis when I finish. Only 7.5 weeks to go now.
Posted by Emma 4 comments:

I may been reading too much of the archive of xkcd.com lately because I seem to have started thinking in comics. Probably doesnt help that I also keep up with PhD comics and zoologycomic.com.

You'll probably have to click on the comic to enlarge it so you can actually read it.

Haven't you ever been to a party (or listening to some of the boys in the undergrad class you are working with) and just wanted to do this?

Such a fun way to waste half an hour that I might even do some more.
Posted by Emma 3 comments:

By the way, just for anyone who doesnt know yet, I'm now working with the first year zoology class on Tuesday afternoons 2-6pm. I'm one of three demonstrators working with the class of 70 undergrads helping with their pracs. The other 300 firsties have their pracs on different days and I dont have to see them. I've had two afternoons with them so far and I've actually quite enjoyed it. I even have a couple of favourite students already. I dont actually mind being asked the same queston 40 times when I'm being paid for it :)
Posted by Emma 1 comment:

I promised you some pretty pictures and here they are. As of 5pm, March the 1st (yesterday) I have officially finished the field work and lab work part of my honours degree so I have put together a commerative photo album of my summer spent on the beach. Enjoy this collection of my favourite shots. As always, clicking on a photo will enlarge it if you want a closer look. 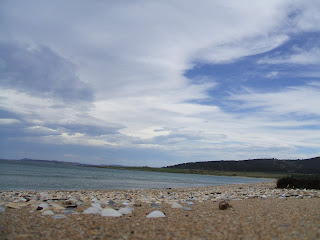 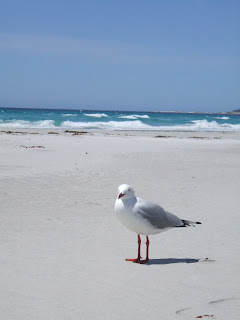 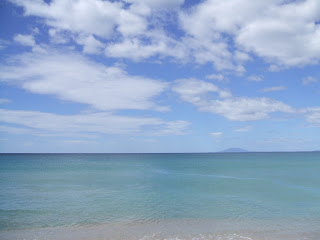 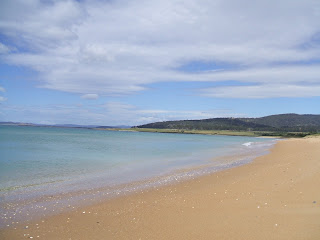 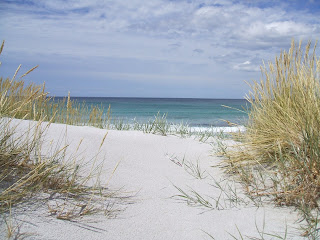 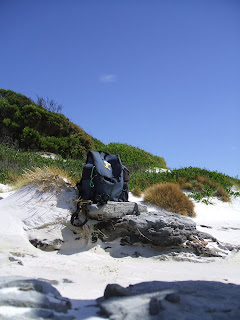 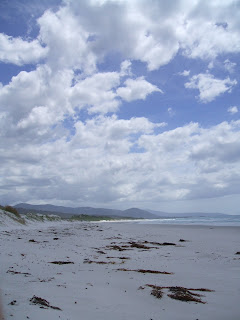 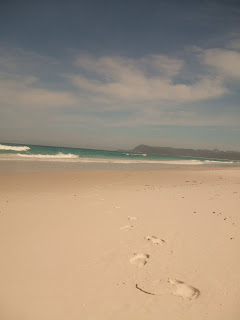 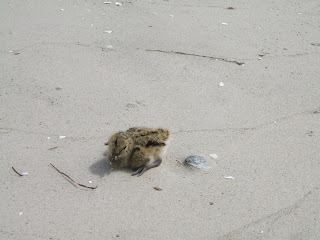 Aaaah, how I'm going to miss the beach while I spend endless hours at the computer over the next couple of months.
Posted by Emma 3 comments: