A side note to my Barrington Tops trip is the story of Malcom Naden.

As most of you know Malcom Naden has been on the run from police for around 8 years, wanted for 2 murders among other things. What I didn't know is that he was hiding out in the vicinity of Barrington Tops. In the immediate vicinity. So close that the police were camped out in a neighbouring house and nearly ran us off the road when they got news of a sighting. Malcom has since moved on.

I casually mentioned this to my boss a couple of days later when Malcom made news again by breaking into a home about 100km from Barrington Tops, and got quite an interesting story in return - it turns out that my boss has quite an intimate history with Malcom.

Before Malcom went on the run, he lived in Dubbo, where my boss worked for Taronga Western Plains Zoo. When my boss first moved to Dubbo, he lived on site in the zoo keepers house. He occassionally heard noises in his roof and assumed he had possums, and he occassionally noticed that things had been moved in his absence and assumed it was the cleaners. He was wrong. For months, Malcom had been living in his ceiling cavity, coming downstairs when my boss left the house for the day by climbing out of the man hole and down the pantry shelves below it.

The uninvited guest was only found out when one of the cleaners happened to tell my boss that she thought the friend he had staying with him was a bit odd and my boss, armed with his martial arts training and a security guard, walked in to the house to find Malcom in his lounge room. The zoo was shut down for two days while the police searched for him, but he got away.

When the house was fingerprinted, it turned out that Malcom spent his days sitting on the couch, watching tv, going through my boss' belongings, and stealing food out of the fridge.


I have been meaning to blog about quite a number of things for a while now and I've decided to start here with my trip up to NSW to deliver some devils.

I flew up from Hobart with a biologist, Judy, and 5 devils. Our first stop was at the Australian Reptile Park in Gosford where our devils were being delivered. The ARP is a bit of a misnomer, having at least as many furry and feathered residents as scaly ones, and not all the scaly ones are very Australian either. The ARP has two devils on display in the park, around 25 in the breeding enclosures behind the park, and another 80 at the off-site series of mini Free Range Enclosures (FREs) at Barrington Tops.

I have lots of photos of both the public area of the park and the behind the scenes parts, but for the sake of that piece of paper I signed a year and a half ago, I've only uploaded the public area photos. 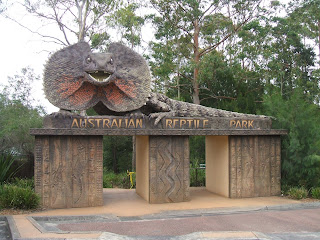 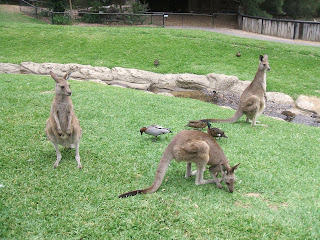 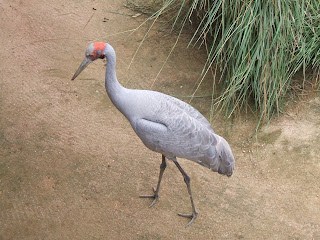 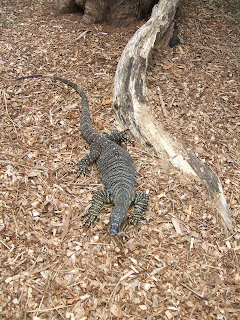 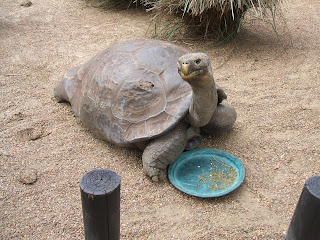 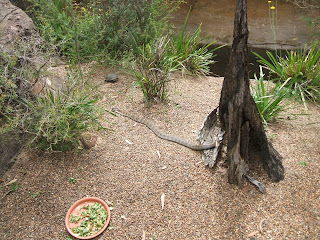 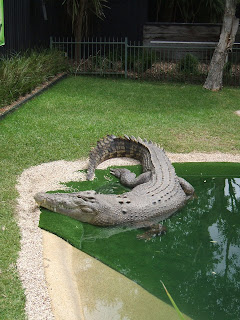 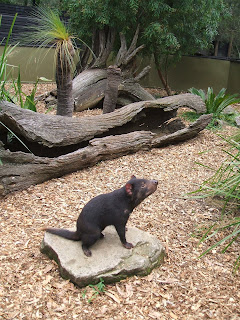 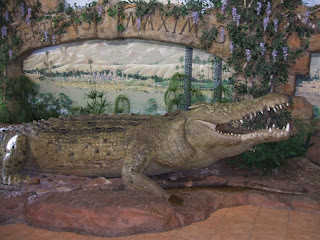 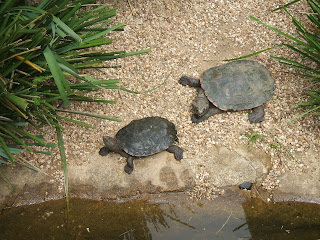 One of the above crocs is real, the other fake - spot the difference.

P.S. my favourite is the Galapagos turtle.

After we left Gosford, we drove for what felt like days and arrived at Scone for the night. We had tea at a local pub and stayed the night in the motel before leaving very early the next morning to drive up to Barrington Tops. On our way up the mountains (believe it or not, Barrington Tops is at the top) we were nearly run of the road by a police car going the other way very fast around a blind corner, but we made it safely to the devil facilities. We were shown round by a very dedicated devil keeper and I got to see a couple of devils that we sent up for last summer's breeding season.

As the whole of the Barrington Tops Facilities is off limits to the public, I'm not uploading any of the photos, so you'll have to take my word for it that it is a lovely patch of bushland.

Then we drove for what felt like days again to get back to Sydney. We stayed the night at a hotel that was practically inside the airport and got up early to catch our plane back to Tassie. Of course, we were then delayed by 4 hours, but we did finally make it home. And we weren't the only ones waiting at the airport, we were sharing the lounge with the Wiggles back up dancers and Jack Vidgen, all headed from the Carols in Sydney to the ones in Hobart.
Posted by Emma No comments:

Sorry, I have been so slack about posting recently. There are a couple of reasons for this - mostly that my computer was with my brother for a few weeks being fixed and secondly that I have been very busy. My life has been complicated by work on my days off, horrible real estate agents, and orphaned baby devils.

Work has been very busy recently for a number of reasons, and hasn't always been that enjoyable. While I still love my job, I don't always like it, if you know what I mean. Unfortunately, one of my very favourite devils died last week from old age. The whole work place has been in mourning a little bit because he was special to all of us, but we are all glad that he passed away peacefully. Several other unenjoyable things have happened at work as well, but I'm not going to talk about them.

And I'm not going to start on real estate agents because I could rant about them for hours.

The orphan devil babies have been fun, though. One of my workmates has been raising two baby devils, Molly and Matilda, for the past 3 or 4 weeks and I've been helping her out because they are a lot of work so when she had to go on a field trip the babies came to live with me and my housemates for a week and a half. They get fed every 4 hours so you have to be fairly devoted to them, but they are incredibly cute. I promise to post some photos in a couple of days.

Work should be quite interesting this week because I am accompanying a shipment of devils to one of our insurance population partners on the mainland. We fly to Sydney, then drive to the Australian Reptile Park in Gosford, and then drive to Barrington Tops to deliver our devils to their new homes. Basically, its a work-paid opportunity to get behind the scenes tours of two different facilities so it should be fun. It does mean that I am working the 10 days before Christmas without any time off, though. Oh well, you can't have everything I suppose.
Posted by Emma 1 comment: