Lately, I have been rewatching some episodes of Dr Who from the past few seasons. At the moment I'm just at the begining of David Tennant's version of The Doctor travelling with Donna Nobel. So last night when I couldn't sleep I watched 'The Fires of Pompeii' and was surprised to see a very familiar face playing one of the soothsayers. 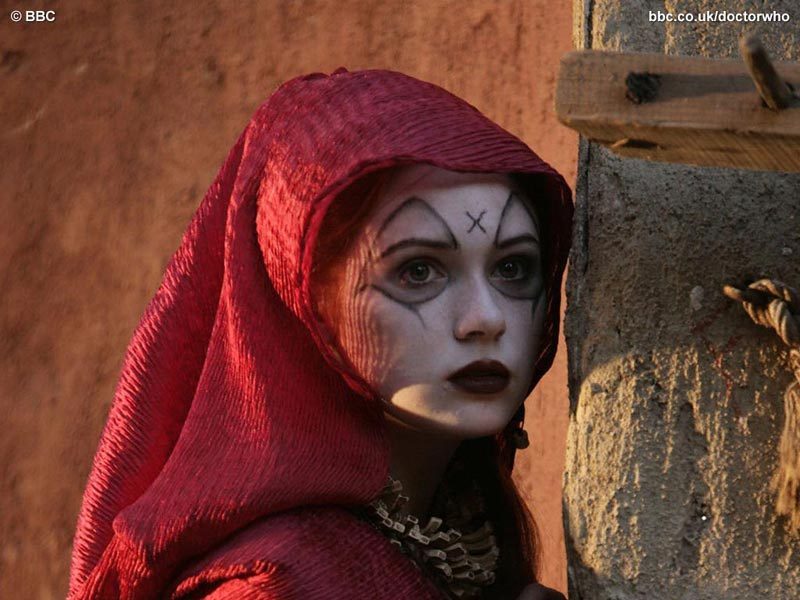 Its Karen Gillian (aka the current companion of Matt Smith's Doctor, Amy Pond).

This probably shouldn't be surprising as Martha Jones appeared in one episode as her cousin the season before she actually became Martha Jones. Donna also appeared in a single episode (although actually as herself and with a much bigger part) before she too became a companion. So perhaps in order to become a regular companion you have to go through a sort of interview process by appearing in a single episode to make sure that the cast and crew can all cope with you? I'm sure people would be willing to do pretty much anything in order to score a gig as a companion :)

Oooo, I just had a thought. Wouldn't it be cool if they wrote a storyline in which the Doctor crosses his own timeline at Pompeii and it actually is Amy Pond there pretending to be a soothsayer. How awesome would it be to have David Tennant's Doctor accompanied by Donna and Matt Smith's Doctor accompanied by Amy in the same place at the same time, trying not to bump into each other. Awesome! Timey wimey!
Posted by Emma 2 comments:

Orchids at City Park on Sunday. 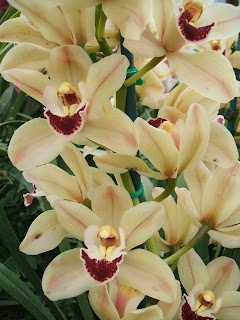 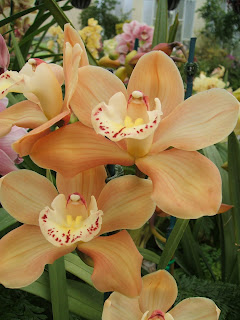 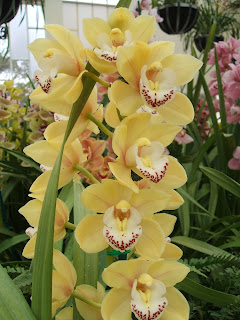 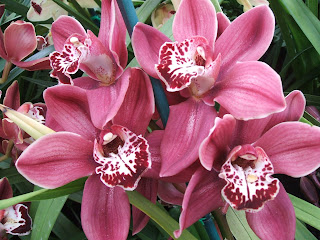 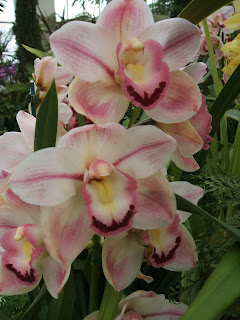 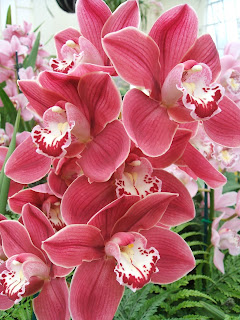 Why I love the internet...

Some mornings, there is just nothing better than sitting down at the computer with a cup of coffee and spend an hour or two surfing the net :)

"Learn From my Fail" made me giggle with these couple of gems this morning:
Be certain to fully explain what manure is, lest your five year old proudly tells your neighbor that she and Daddy spent the morning pooping in the garden. #LFMF

Remember a mouse trap cannot tell the difference between your toes and a mouse. #LFMF

Pay attention when you’re pouring yourself a cup of coffee at 3am. You may realize too late that the cup is upside down. #LFMF

If you never learned how to ride a bike and you’re attempting to learn in the middle of a Target store, try not to fall on top of a child. #LFMF

Never try clapping twice while doing pushups. You might end up with a broken nose. #LFMF

It is possible to inadvertently slice your finger open with a chocolate chip cookie. #LFMF

While we were eating supper, my brother asked if he was adopted. Without missing a beat, Dad said, “Yes, but they brought you back.” IMMD!

I have a confession to make...

When the first book in the Harry Potter series was published in 1997 I was 11, the same age as the main characters of the book. So much controversy and confusion was around at the time about whether or not parent's should let their kids read Harry Potter, though, that I never bothered with it. As the following books came out and the Harry Potter obsession increased, I started quietly scoffing all those ridiculous people who would line up at bookshops for hours to get their hands on a copy of the latest book. What I had heard about the books and from reading the blurbs on the back, confirmed in my mind that Harry Potter was really nothing to get excited about. It was like pop music - immensely popular, but without any real talent behind it. Basically, I had judged a book by its cover. And we've all be told not to do that, haven't we?

It wasn't until last summer that I finally joined the hordes of Harry fans. While I was traveling up and down the east coast all summer, I was desperate for audio books to keep me awake while I was driving. Along with all the Sherlock that Rob got me, he also got me the audio book of Harry Potter and the Philosopher's Stone. And once I had listened to everything else, I finally gave up and conceded to listening to it.

From the first chapter I was amazed - J.K. Rowling actually had talent. The quality of the writing itself really surprised me, and soon I was engrossed in the world of Hogwarts. But it wasn't until almost the end of the book that I realised just how wrong I had been. Even while listening to the book, I had mistaken it for simply another predictable children's story where only the main character is able to see the villain for who they really are and put a stop to them. But yet again I was wrong, it wasn't the predictable villain at all. And that's when I knew that I would have to get the audio books for all the rest as well. By about the 4th book, I was a fully fledged Harry Potter fan.

And while the movies have been dismally bad in comparison to the books (especially the 2nd and 3rd ones), I now find myself impatiently waiting, almost counting down the weeks, until the first installment of Harry Potter and the Deathly Hallows (less than two months to go now) and about to buy my own set of all 7 books.

So, now I have learnt my lesson and I decided to gather more information before judging Twilight in the same way as I judged Harry, and I can safely say that, unlike J.K. Rowling, Stephanie Myer has very little talent at writing but has simply stumbled over a storyline almost perfectly designed to make 12 year old girls weak at the knees. But I have have reviewed Twilight before so there's no point going over it all again.

But the question still remains: if we aren't meant to judge a book by its cover, why do they put the blurb there?