Ok, so you all remember that shorebird conference I went to a couple of weeks ago? Well, what I didn't tell you at the time was that there were a couple of things mentioned in the talks that were bugging me because I didn't have enough background knowledge of shorebirds to understand them. One of them was why they always count shorebird populations as the number of breeding pairs when quite a decent percentage of the birds are non-breeders (and as a non-breeder myself I take offence at the suggestion that we are not as important as the breeders). I still don't have the answer to that one, but as to the other question that was bugging me so much, I stumbled over the answer to it quite by accident when I was reading a reference about something else.

It is a very important fact in shorebird biology that most beach nesting birds get very easily disturbed by people and dogs walking past them and will leave the nest whenever such disturbances come too close. When the birds are meant to be looking after the eggs, but spend most of their time running away from big scary things it results in problems (as in, the eggs never hatch). But, if you think about it logically, it doesn't make sense: So I kept wondering how the birds manage to keep their eggs in the right temperature zone so that they would be warm enough to develop, but not hot enough to cook. All I could come up with in answer is that they stand over the eggs and shade them, but I couldn't convince myself that shading by itself would be enough to cool the eggs. 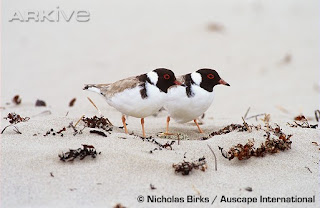 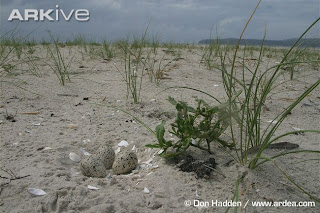 Another Hooded Plover nest with 3 eggs

Turns out I was right. Birds do shade their eggs, but it isn't all they do- they do this amazingly cute thing called "belly-soaking"

"Belly-soaking" is when a parent bird notices that the eggs are too hot, runs from the nest into the water up to its belly, gets its tummy feathers all wet, runs back to the nest, and puts its now cold and wet tummy on the eggs. During hot days the birds do it almost constantly so its very time consuming and energetically expensive for them, but its also very effective. And cute. So very, very cute. I was rapt when I found that the answer to the question that had been bugging me was so simple and so cute. Now I love my birdies even more :) 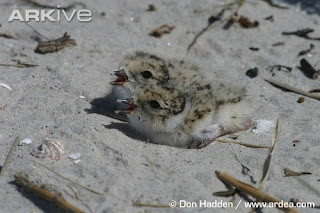 The highest room in the tallest tower...

Here I sit alone at my desk, sequestered away from the rest of the world. Able to gaze out at the world through my window, but not free to roam through it. Able to see the wind dancing with the trees, but not to feel it.

Who will rescue me? Who is there in the land that is brave enough to climb the mountain, fight their way through the labyrinth-like hallways and laboratories filled with ghoulish undergrads to make it to the highest room in the tallest tower. Who, after completing these perilous deeds will have the fortitude to continue in their quest and pass the den of the feared supervisor guarding the doorway and keeping me captive with work?

Is there none among you who will take pity on the captive princess and rescue her?
Posted by Emma 6 comments:

Most of you have already patiently listened as I blabbed to you about my weekend, but for those of you who haven't yet (and those of you who are gluttons for punishment) here is a short summary.

Here are the key things that I learnt:

(1). It is really weird meeting people that you have referenced. A number of times I was quietly thinking to myself that a speakers name seemed familiar only to realise part-way through the talk that I had referenced them in my lit review - Finn (2006) suddenly stops being just an abstract idea in your head and suddenly turns into a real person standing in front of you.

(2). Bird people are all a little bit strange, but are quite nice despite this.

(3). People tend to focus in on one particular problem (eg shorebird conservation) and think that the entire population of the world should care about it as much as they do without taking into consideration the fact that it is not possible to care that much about everything that everyone thinks we should care about.

(4). I now know the Auslan signs for "bird", "chick", "migrate", "dog", and a few other things (we had interpreters at all the talks because one of the scientists is deaf). I really like the sign for "dog" - you slap your thigh twice as if you were calling your dog over to you.

(5). Honours supervisors can be useful. My supervisor was really great all weekend and made sure that I was introduced to all the right people and had an opportunity to network with them.

(7). After seeing all the awesome photos of shorebirds I have found my inspiration to start painting again.

Anyway, that's it. See ya later.
Posted by Emma No comments:

So, I handed in the first draft of my literature review to both my supervisors almost a week ago and I'm patiently waiting to hear back from them. One of my supervisors is notoriously unreliable and the other is frantically busy in organising the conference that I'm going to this weekend (more on that in a moment), so I'm not holding my breath that I will get feedback anytime soon. I'm not sure I want feedback - I'm a little concerned that it might be a bit too much like this:

Its not that I haven't tried to do a good job of it, its just that there was no real guidelines or structure to follow. I perform much better within a rigid structure than when its all so wishy-washy. Welcome, to the real world, I guess. If you can call Honours the real world (which you probably cant).

Lit reviews are a very strange thing - they usually relate to your thesis topic in some way, but are not quite the same (mine relates less than I would like it to, but it was my supervisor's choice) and while they are bound into the back of your thesis they aren't actually a part of it. Also, you have to hand in an acceptable lit review by the due date (a few weeks away) but you don't actually get marked on it - its just either acceptable and you go on with honours or it isn't and you don't.

On to the conference. Well, I have been pretty bored most of the week and haven't really done anything except feel guilty for not doing anything, but there isn't much I can do until I hear from my supervisors. I haven't been feeling quite as guilty, though, because I am devoting my entire weekend to a conference. It just so happens that the Australasian Wader Studies Group yearly conference is being held in Hobart this year and being hosted by one of my supervisors at Birds Tasmania so it has been strongly recommended that I attend. Tomorrow is an 'invitation only' coastal management workshop which I have been invited to and Sat and Sun are the actual conference. I am meant to be there at 8:30 on Sunday morning - I'm usually only just getting out of bed at that time on a Sunday morning. It should be quite an interesting conference, though, so I don't mind too much. At least it something to do.

Oh, and just a quick note about "Arctic Blast" - has anyone heard about a competition the Mercury is supposedly running to win an on-set visit, a spot as an extra, and a meeting with Michael Shanks? I havent been able to find out anything about it (yes, I have thought of looking on the Mercury website). I heard that the competition closes this weekend, though.
Posted by Emma 4 comments: